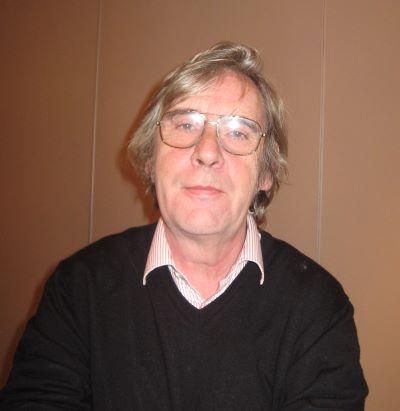 We are sad to report that a former Executive commitee member, Chris Bollom, passed away on 13th May. Rob Clifton, who was one of Chris's friends, has written the following tribute to Chris.

The family has asked for donations to Willen Hospice, who looked after Chris at home.

It's with sadness that I have to inform you of the death of Christopher (Chris) Bollom. He died at home on 13th May, after a short illness, and will be cremated at Crownhill Crematorium on Tuesday 1st June at 2pm.

Chris was a "figure" in the University, and of course in the Open University Business School (OUBS). There, for many years he was course manager and was often allocated the "difficult" courses to manage, because the administration recognised his competence and capability in getting modules delivered. And of course the "difficult courses" were not the intellectually difficult ones, necessarily, but rather those that had a difficult personnel profile! Chris could manage that. He also managed numerous OUBS Summer Schools, and particularly enjoyed organising (and "experiencing"!!) schools in Dublin.

Chris was a sportsman, a fine to very good cricketer, and a great aficionado of the game. It's a shame he arrived at the OU after his sporting pomp. He could have taken OU Cricket Club to glory. On his own.

Many do not know that Chris was a published author, and his 1978 monograph "Attitudes and Second Homes in Rural Wales" was significant, not only in academic circles, but also in shaping then to be devolved Welsh administration's response to home ownership in mid and north Wales.

Chris was a long serving member of the (then) AUT executive, and also of its successor the UCU Executive. His claim to fame was to be pictured at one of the many AUT picket lines dressed in full lounge suit, starched white shirt and red tie, and wearing a full length black coat. Handing out picketing notices! Not your Arthur Scargill.

Chris was content in his skin, and in his family life, and with his friends, who were numerous. He was not driven by the desire for glory, or fame, or avarice. He did not lust for power, or to climb above others in the system. But he was more loved and respected than a lot of those who did, and maybe made a more positive contribution than some of those that have held senior positions, but who have done so inadequately. Chris was not that person.

English translation: Goodbye old friend. A light has gone out.