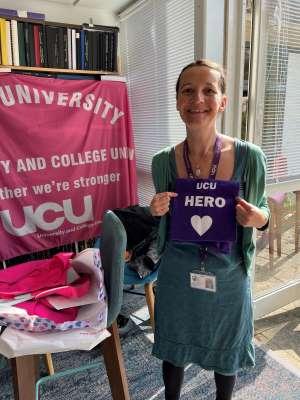 The branch has said farewell to three special branch members, Bruce Heil and Jeremy Roebuck are retiring from the OU and Kate Hawkins has got a new job.  Bruce has been a member of our branch executive since 2009 and a UCU AL rep since 2007 when the AL reps became an elected committee. Bruce has helped hundreds of members over that time as one of our caseworkers. Jeremy joined the branch in 2013 and has been an excellent AL rep and caseworker, helping lots of members with their issues. We have received glowing reports about Jeremy’s work as a caseworker and we are very grateful to Bruce and Jeremy for all their service to UCU and for the support that they have given to UCU members.

Kate joined the Exec committee in 2018 and has been the UCU rep in Marketing and now MarComms since 2015; Kate is a stalwart UCU picket and has supported all the industrial action since she has been a member of our branch. The branch is very grateful to Kate for all her work as a UCU rep and Exec member, we wish her well in her new job. 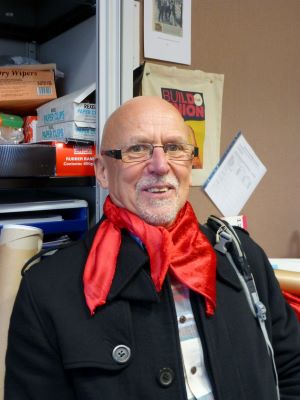