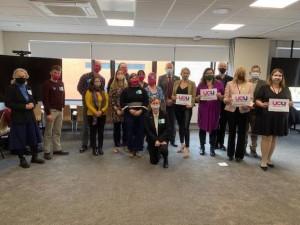 The event began with a powerful and moving statement from National Union for Students Wales President Becky Ricketts. She highlighted student concerns that the dramatically deteriorating working conditions in Higher Education will lead to experienced and qualified staff leaving and learning provision being greatly compromised in consequence.

Dr Woon Wong, an economist from Cardiff Business School, followed with an expert overview of the Universities Superannuation Scheme. Woon showed that it is a strong scheme and that fears about any deficit are incorrect. (You can hear Woon speaking about the USS issues to our branch meeting.)

One of the Open University students asked to send a statement to Senedd, since she was unable to come in person. She said:
Nobody comes into education to get rich, but we do expect the years of rigorous training and the knowledge of staff to be recognised and rewarded, not constantly diminished year after year. 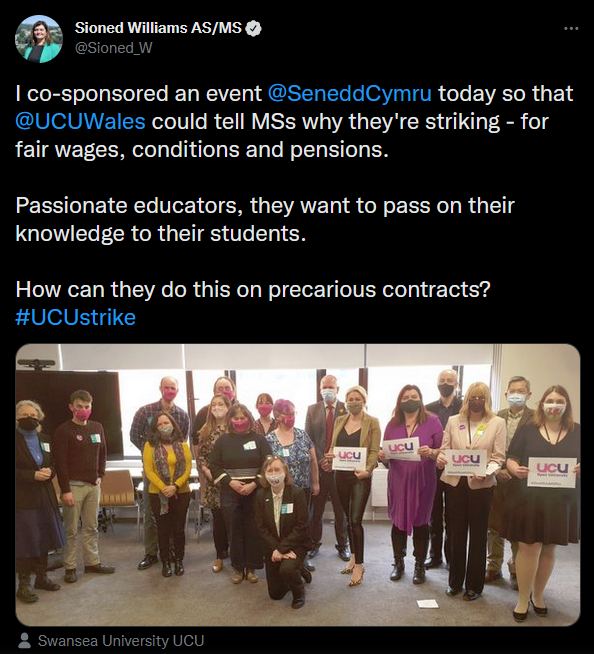 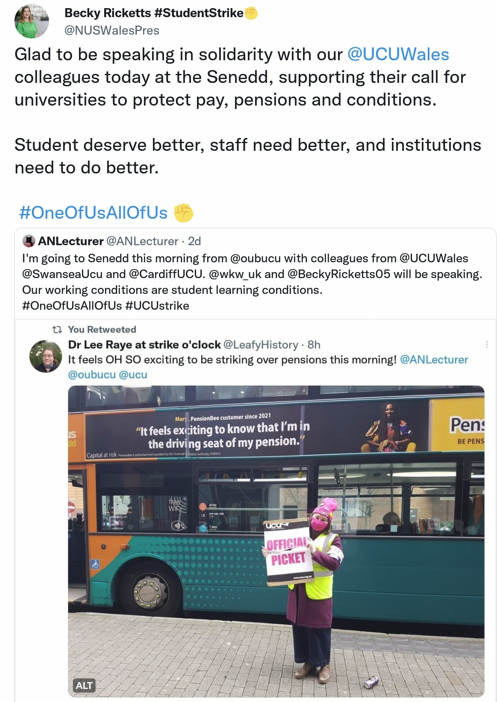